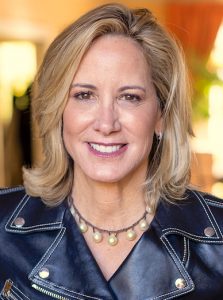 Sara Vetter has been working with the Soul of Money Institute and in partnership with Author and Founder Lynne Twist since 2011. She is also the Major Gift Fundraiser for the Pachamama Alliance, an alliance between indigenous people of the Amazon and conscious committed people in the modern world. She has raised millions of dollars and led and participated in more than 20 delegations and immersion trips to the Amazon Rainforest. Sara has played a leadership role with the Nobel Women's Initiative, working closely with the six Nobel Women Peace Prize Laureates on fundraising, strategy and special delegations. Sara has co-led delegations to Dharamsala, India to see his Holiness the Dalai Lama, the Democratic Republic of Congo to work with Nobel Laureate Leymah Gbowee. She also co-led a coalition to Liberia working closely with Ms. Gbowe and Nobel Laureates Jody Williams, Mairead Maguire and Shirin Ebadi. Sara is also a member of the WPO (Women’s Presidents Organization). Sara’s effectiveness in producing results for the Soul of Money Institute and Pachamama Alliance are legendary. It was her initiative that landed Lynne Twist’s interview on Oprah's Super Soul Sunday in 2016. Sara is also a gifted Keynote Speaker.

Sara's passion is to be a catalyst for positive sustainable change in the world. She is a Business Leader, a Major Fundraiser, Women's Advocate, Speaker, and Transformational Coach for The Soul of Money Institute. She is on the leading edge of world-changing initiatives, innovations, and conversations. As Chief Enrollment Officer, Rainmaker, Manifestor, and Executive Mom, Sara has raised millions of dollars for causes she is passionate about, and at this time in herstory, she is committed to awakening women to transform the world as part of The Sophia Century.

Sara is also an effective keynote speaker for the Soul of Money Institute and has delivered keynote addresses to many venues including the following:

Some of her topics include: