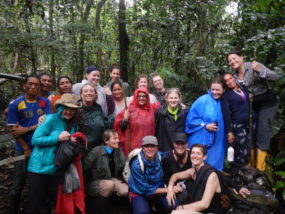 My wonderful colleague Sara Vetter and I have just returned from two miraculous trips to the Amazon Rainforest. First, we led a group of 10 remarkable women leaders from all sectors–young, middle-aged & in their elder years–who deeply bonded with the indigenous women of the Amazon. We connected strongly with the the Achuar women through the program we have at the Pachamama Alliance called Jungle Mamas. It was miraculous, it was deep, it was profound, and life changing.


To learn more about the Jungle Mamas Program, view the documentary by clicking here. 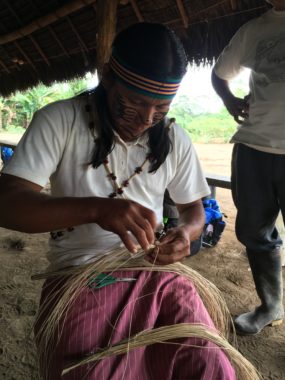 Sara and I then co-led another trip, alongside my husband, Bill, and John Perkins, the co-founders of the Pachamama Alliance. Our group consisted of 34 extraordinary leaders in business, in the NGO world, in government, and in matters of the heart. We traveled to the community of Sarayaku, which is at the front-line of the oil frontier, where met with the Sarayaku leaders. They resolved their determination and commitment to hold the line and stop any oil insurgence into the Southern oriente, or Southern Amazon. It was fierce and inspiring. We stand with them and for them to protect their forests forever. Then we went deep into the Achuar territory and spent days with shamans, elders, warriors, guides– young and old–and learned ever more powerfully that this area– the Sacred Headwaters of the Amazon–is the most critical ecosystem on Earth. It was a joy to have Atossa Soltani, the founder of Amazon Watch with us, as well as other colleagues from the many organizations working to make the world a better place.

I just arrived in Japan, where I will be doing a series of events with the fabulous author and prolific communicator, Ken Honda, who has written more than 100 books. Ken and I will be doing a big public event in Japan for 1000 people and then a workshop for 300. I'll also be working with the leaders of the Pachamama Alliance in Japan who have formed an organization called Seven Generations. I'm excited about going to Japan, one of the most beloved countries in the world and in my life. I look forward to being with the Japanese people and deepening my commitment to them and the extraordinary culture that they contribute to the world.

One Response to End of Summer Blog 2016