A Visit From Freddy Ehlers, Ecuadorian Minister of Buen Vivir 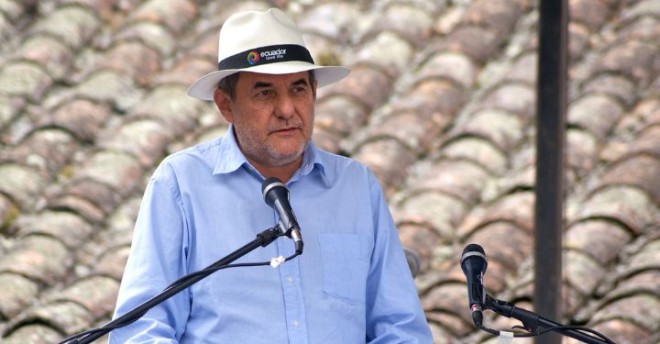 We recently had the wonderful opportunity of hosting Freddy Ehlers, the Minister of Buen Vivir in the Ecuadorian government. Freddy Ehlers is an enlightened politician, an economist, a zen practitioner, a meditator, and a man who stands for a world of equal access and justice for all people.

Buen Vivir in the Ecuadorian Constitution

Embedded in the Ecuadorian constitution is the concept of sumak kawsay, or “buen vivir”, which loosely translated means “good living”. This notion speaks deeply to living in recognition of the goodness and prosperity of life; appreciation for one another; a healthy relationship with other species; and respect and harmony with the natural world.

This concept is ingrained in the Ecuadorian constitution and fosters a commitment to good living rather than better living; meaning we don't need to constantly strive to achieve a higher and higher standard of living, which has driven us to overconsumption, competition, the destruction of our natural resources, as well as the unfair marginalization of each other.

Minister Ehlers and his department are making this remarkable tenant of the Ecuadorian constitution a reality. He's been traveling all over the world, working with ministers of government in many countries like the United States and across Europe and even Asia to create resonance with this concept in a world that predominantly values more, more, more.

Our Time with Minister Ehlers

I was privileged to be in meetings alongside Minister Ehlers with Dr. James Doty at the Center for Compassion and Altruism and Research and Education; with Dr. Dacher Keltner at the Greater Good Science Center; with Mark Lesser at Search Inside Yourself office — which was initiated at Google; and with Nipun Mehta, the founder of ServiceSpace. In all of these meetings, plus other meetings that Minister Ehlers had, including a phone call with the Yale Center for Emotional Intelligence, there is a resonance with the context and concept of sufficiency, the central principle of the Soul of Money Institute.

The fact that there is a government– a significant government, an enlightened government– that is promoting sufficiency rather than a constant chase for more is a powerful statement that is completely consistent with the principles and teachings of the Soul of Money Institute. We are thrilled and honored to know Minister Ehlers and are grateful to the Minister for including us in the powerful and high level meetings he had here in the Bay Area.